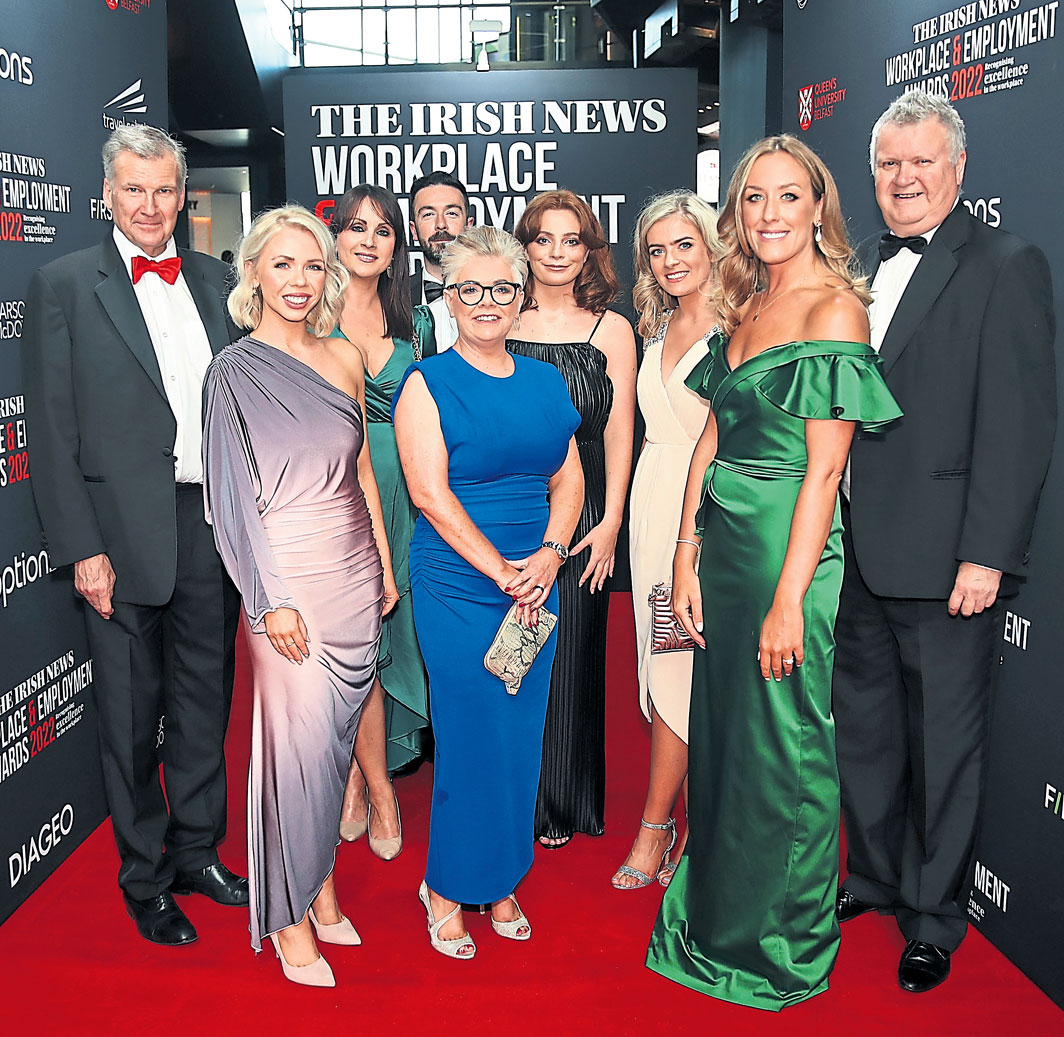 AFTER a two-year hiatus, the Irish News Workplace & Employment Awards – which since inception in 2006 has grown into the single most important business awards initiative in the north – returned in spectacular style at Titanic Belfast with a glittering ceremony recognising exceptional people-focused companies and organisations.

This year’s awards garnered a record-breaking entry, drawing in companies from every country and from a range of traditional and emerging sectors.

And among the many other winners were Rapid7 (Best Company Connection), Henderson Group/Spar NI (Corporate Social Responsibility), CavanaghKelly and Farrans Construction (both Wellbeing in the Workplace), Re-Gen Waste (Next Generation Initiative) and Seating Matters (Team of the Year).

Close to 400 guests attended the glittering culmination to Workplace & Employment Awards, although a night of glitz, glamour and sumptuous food was also tinged with sadness and emotion as tributes were paid at the start of the evening to Irish News chairman Jim Fitzpatrick, who died last month at the age of 92.

Irish News editor Noel Doran acknowledged the “one empty seat” and described Mr Fitzpatrick’s passing as “an enormous loss of a great friend” before leading a one-minute’s applause in celebration of a remarkable life.

“The singular contribution of Jim to public life here has been comprehensively chronicled over recent days, so rather than revisit it I will simply say that he is irreplaceable, and our thoughts are with his family, including son and daughter Dominic and Anne, who are with us this evening.

This year’s awards garnered a record-breaking entry, drawing in companies from every country and from a range of traditional and emerging sectors

“Jim was always a strong supporter of this workplace initiative. He thrived on taking an active involvement and meeting everyone participating over the years.”

The awards ceremony – which commenced with a drinks reception provided by Guinness – was hosted by award-winning comedian Neil Delamere, who is best known for his hilariously quick-witted appearances on myriad panel shows including his long running tenure on the Blame Game and his live tours.

Over the course of the evening the awards were handed out by representatives of this year’s key business partners Options Technology, First Derivative, Carson McDowell, Queen’s University, Ulster University Business School, and Titanic Belfast, as well as senior representatives from The Irish News.