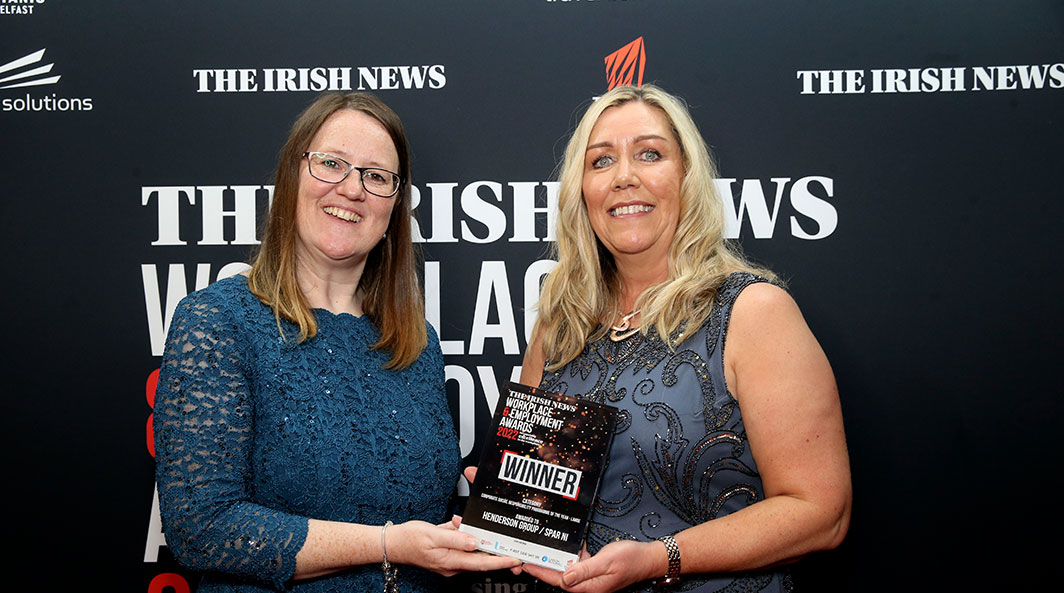 Henderson and Spar are recognised for being ‘There for You’

DURING the pandemic, the CSR strategy at Henderson Group/Spar NI pivoted to focus on those who needed support most in its communities, and the retailer found new ways to serve its communities during such a difficult time.

The pandemic caused mass anxiety, including fears of getting food and doing it safely. But the key workers behind Spar stores across Northern Ireland stepped up to help.

The company’s application said: “If ever there was a time when Spar’s true meaning of ‘through joint co-operation all will benefit’ was demonstrated, this was it.

“Spar’s community strategy was redeveloped at speed based on a collaborative approach with communities, employees and other stakeholders, investing time, energy and financial resources.

“Spar’s customers are its neighbours, its store owners and staff, who live in the same communities they serve. When you’re this close to your customers, community support is a matter of personal pride – our store owners and managers know exactly what’s going on in the very heart of their own communities.

Its CSR strategy pivoted during the pandemic to focus on those who needed support most in the communities it serves. And it certainly lived up to its responsibility to stand up and prove its brand promise of being “there for you”

“Now it was Spar’s responsibility to stand up and further prove their brand promise of being ‘There for You’.”

It resulted in Spar being the number one convenience retailing brand in Northern Ireland, helping group sales growth to £1.065 billion, some 93.7 million visits to Spar stores, and fundraising of £818,000, allowing the Henderson Group to reach a milestone of over £7 million in charitable giving.

Spar alone has 300 stores across the north, and the brand understood, from its quantitative research, the importance placed upon community support by shoppers.

In March 2020, Spar’s CSR strategy pivoted to focus on those who needed support most in its communities and Spar found new ways to serve its communities during such a challenging time.

Expanding beyond its ‘There for You’ promise, Spar launched a series of initiatives grouped under three key areas – ‘There for Health & Wellbeing’, ‘There for Charities/Community Groups’ and ‘There for the vulnerable’, carrying out a range of initiatives under each banner headline.

Its detailed WEA application documented hundreds of outstanding examples of being ‘there’ and how it played a vital role in the communities it serves.

Beyond the measure of bottom line performance, recognition came in many ways, including when the Prince of Wales visited the Henderson premises in Mallusk to meet ‘frontline’ workers and pay tribute to those who helped feed the country and support its communities.